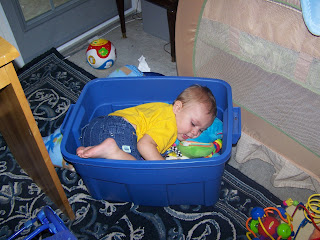 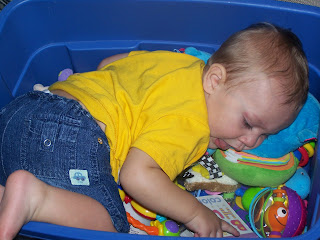 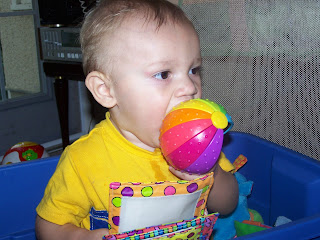 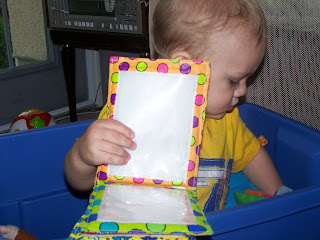 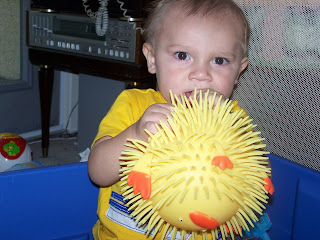 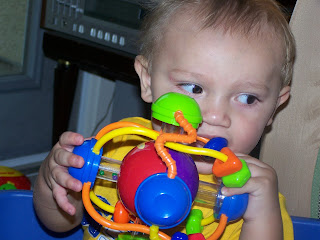 Watch Talon as he falls head first in the toybox and then pretends it is what he meant to do!

Everything as back to normal as it gets....

Well, aside from the normal stresses of moving I think we now have both the phone and car thing under control. The origional problem with the car appeared to be a water pump, and the second car problem was the tow truck drivers fault. He tore a piece off of our car, but GM took care of both of them for free! The second one wasn't a warranty issure, so they really didn't have too. We have been very happy with their level of service, and will probably deal with them again in the future.....(we need a van...so I don't think it will be too far in the future....)

My new phone is pretty cool. It is a Sony Erickson Z550a. It is good enough for what I need....I have voice activated calling, so I am having fun with my new toy. It also has a radio and an MPV player ( which I can't use yet, because I need to purchase a memory stick...so I don't know that I will bother.)

Today's goal is to do more packing (of course) at least as much as Jeremy is in the mood to let me do...I also have to register Bree in her new school. She has decided to go to Thom instead of Winston Knoll....I have concerns about that, and I am also dissapointed because I think Winston Knoll would have been a good school for her, but it will be easier for us to have both girls in one school. Ultimately it was her decision to make....
I also have to get rid of all my cans, and paint a wall going downstairs. ( I think I will wait to do that till Jeremy gos to bed tonight though, so I don't make him high on paint fumes....)