Breanne gets a Tatoo!!!!

Against my better judgement, we signed and let Breanne get a tattoo...(after having the owner show us his setup...) He even dragged out three of his customers so I could see his work...LOL
Personally I think she is nuts...When this is done, it is going to have cost over $1000 dollars...
I can think of sooo many things I could use that kind of money on..LOL...

The tattoo will be really cool when it is done though...
I don't know if you can tell yet because the lettering isn't filled in yet,
but it will say Jones, and there will be seven stars around it..
One for Kendal and I,
and then five stars...one for each of her siblings....
I told her I hoped it hurt...LOL!
(it did...) 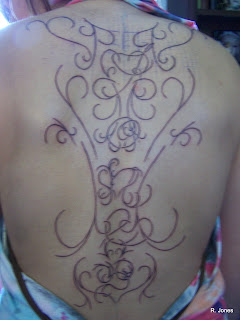 Jeremy was quite fascinated with the whole thing when Bree showed us,
He looked at her back..and said..
"What's that?"
Bree..."sister has a tattoo..."
Jeremy...."a too?"

Then he proceeded to go get his camera
and try to take pictures of the "too"
I wonder whose child this is? LOL! 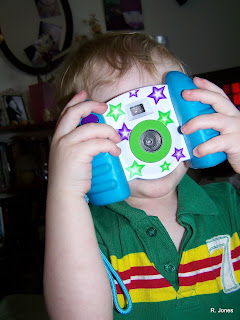 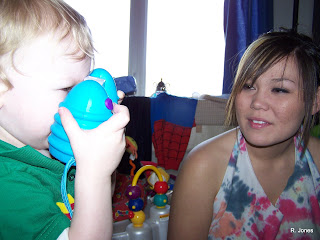