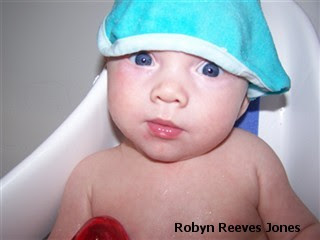 How come all my Wordless Wednesday posts are about my son??LOL!
Posted by Robyn Jones at 9:00 AM 12 comments: 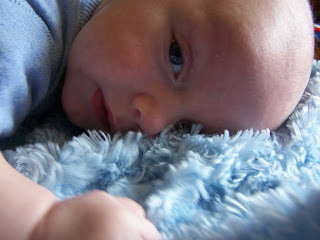 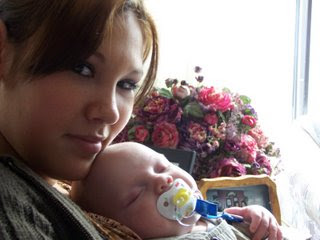 So far the New Year had proven pretty eventful for us as a family...We had successfully cared for two little ones and not gone completely insane....but the time had come for little Talon...now 6 mon 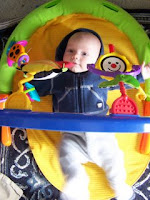 ths old to go home to his mommy....It was the first time since Jeremy was born (He was now 3 months old) that I would only have one baby on a full time 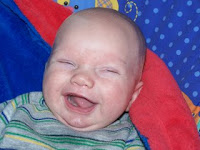 basis...and I was excited to be able to concentrate on just him for a little while...He was actually starting to wake up once in a while as well...the first three months he did nothing but sleep most of the time...We were now getting little baby belly laughs as well as sweet smiles....and he was showing more interest in his toys and the world around him.... 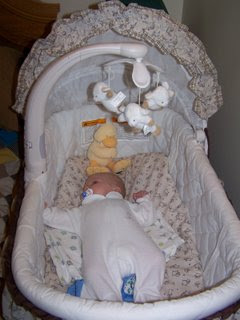 Unfortunately I was losing the battle of having Jeremy sleep in his own room though. Due to having Talon with us and Jeremy needing to nurse so often...he didn't think much of his own room...LOL! 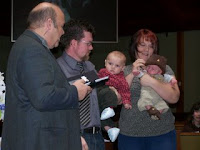 In April we were also able to have the boys dedicated together....That was a pretty cool experience..having both my son and my grandson dedicated to the Lord at the same time. We were also able to have a lot of family down for the event which was part of the reason we chose that particular time. Our family took up three rows of the church!! Afterwards we all went back to Anna and Geralds house for a lunch. It was a memorable day. If you would like to see more pictures you can look at them here, here and here....oh...and here too!(LOL) Never a shortage of pictures in this family! 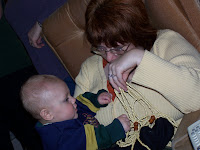 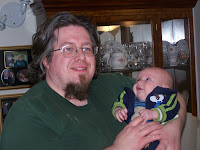 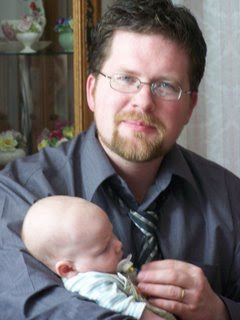 Daddy and Jeremy (dedication day)
The timing was such that we were also all able to go and see the passion play while they were here too! I love the Passion Play...For those of you who haven't seen it...it is about the life and death of Jesus..and they use live animals for it...All their effects are well done...they have lightening....when they whip Jesus blood appears...I have never yet watched it where it hasn't profoundly affected me, (which of course is the point...)
I was able to see it with Jeremy...he mostly slept through it, but LA had Talon and ended up in the nursery for most of it.... 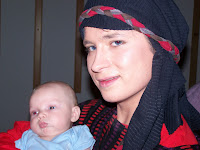 Friend Scott playing Judas (with Jeremy)
April was also my 38th birthday....Kendal threw me a party...and we went for dinner, pool and a movie..... 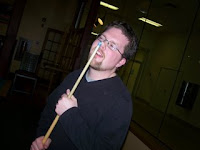 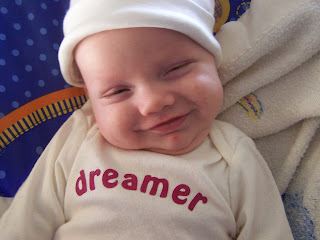