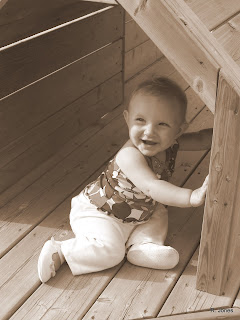 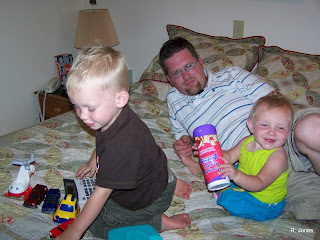 This was our room at Groves B&B
(Ivy Room)
where we spent the night...
It was a pretty nice place...
Wonderful view..outside of town.
I would recommend it for many of my aunties and uncles.
Not so much for families though..
It was clean and nice, but we kind of felt like we had to tiptoe around,
and the hosts were nice people,
but really hard to talk to...
It was really restrictive for the kids in the house..
Not really any where for them to play.
However, it was nice out, so we stayed mostly outside,
and there was some stuff for them to do out there...
However, they served a pretty fantastic breakfast the next morning...
It was almost more then I could eat,
and pretty tasty! 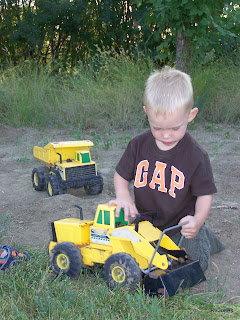 Jeremy playing with the trucks outside. 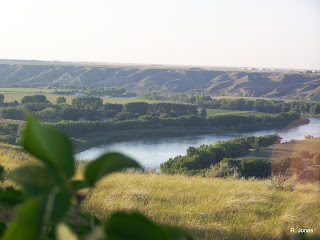 What a view! (morning) 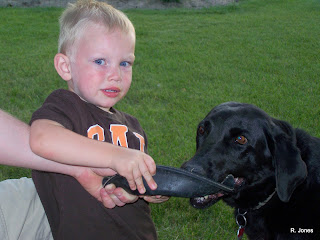 They had a dog that Jeremy chased all over the place,
and played tug of war with... 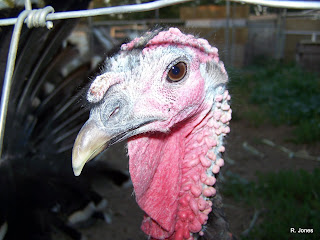 One of their turkeys... 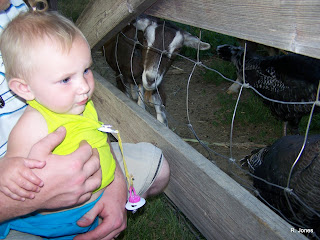 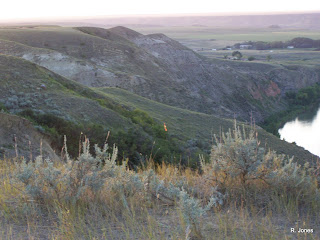 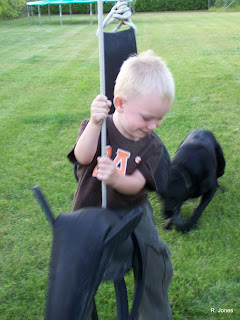 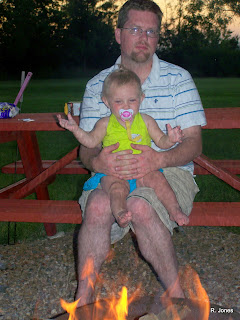 Kiddos enjoyed their first fire,
and Jeremy roasted marshmellows..
(but hated it cause they made him sticky....) 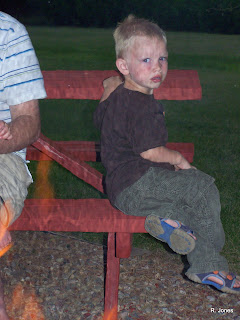