I don't believe in them...I never keep them,

and in the end I am frustrated with myself when I fail...

I do have some goals..Probably the same ones everyone else has this year...

but these things don't change because of the New Year......

Actually my life at the moment is pretty predictable...

(Except for the potty training thing...that is NEVER predictable)

I am at home with the kids,

we have no big plans to move this year

I will not be going back to work this year,

although we will probably put Jeremy in pre-school in Sept.

I have TMJ, which was aggravated this year by a bad dentist,

so now I have to go to my chiropractor for a couple of times a week,

but it is making a difference..

We continue to be concerned about my loss of hearing

in my left ear, and the tinnitus, which at times drives me crazy...

I would like to find a way to get that under control,

and the dizziness that sometimes accompanies it.

but I have been waiting for two months to see a specialist.

Kendal is still working at the same job,

and working with his cousin in the evenings during the week,

and that probably won't be changing for this year..

We have changed churches,

Which was a very difficult decision for us,

as we truly loved everyone where we were at,

but felt that the kids were not seeing enough of their extended  family.

and they have many auntys and also cousins in our new church.

The church we will be going to is an Apostolic church,

which is what denomination we were from in the first place,

I am not sure yet how I feel about that yet....

but we prayed and felt it was the right decision.

but still I feel it is going to be a good year...

Did any of you make any New Years Resolutions?

And if you did...do you keep them? 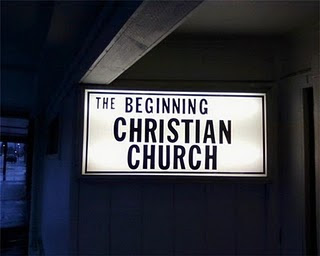 Click on the picture to take you to Ricks post...
Thanks so much for sharing...
God bless...

Posted by Robyn Jones at 2:10 PM No comments:

Posted by Robyn Jones at 6:57 AM No comments: