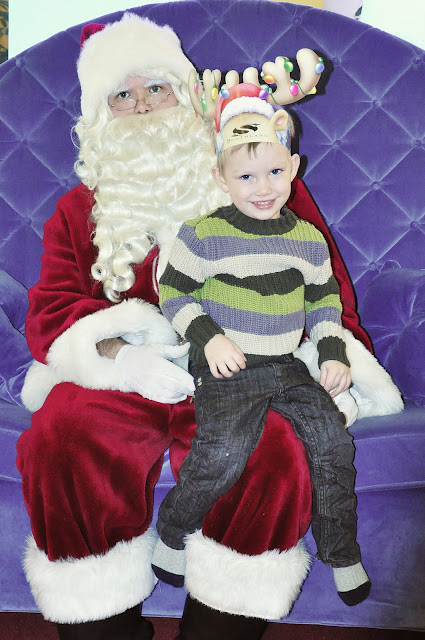 This year Santa pictures were done a little differently..
The Southland Mall had you schedule it in,
and then the kids had half an hour where they were able to sing some songs,
dance and have a story with Santa.
I think it probably worked with most kids..
but maybe wasn't so good for my high energy children... LOL!
Gracie didn't want to sit for the story time,
and Jeremy pulled shy and had a tantrum,
because he was nervous....
but at least we managed to get them on Santa's lap for a picture..
(which by the way.. you do yourself now...) 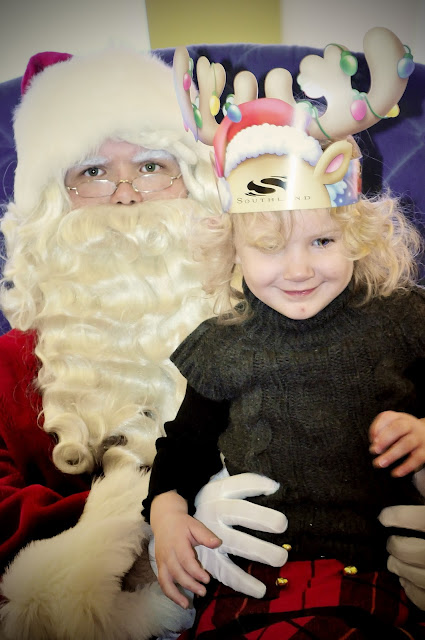 Posted by Robyn Jones at 5:45 PM No comments: