We weren't planning on buying a vehicle yet....

Yesterday, since Kendal only has every second weekend off, we decided maybe we should look around and get a feeling for the van market, since it has been several years since we went shopping for one. What we didn't intend on, was actually buying one...
We were actually pleasantly surprised to find something we liked at every dealership we went too, which was also something we didn't expect. Also, a pleasant surprise, was the lack of pressure from Salesmen... we just looked at what we wanted, and no one tried to tell us what we should get!   It was a pretty difficult decision, as we actually found four vehicles we liked... and in the end.. four hours later.. we had one. 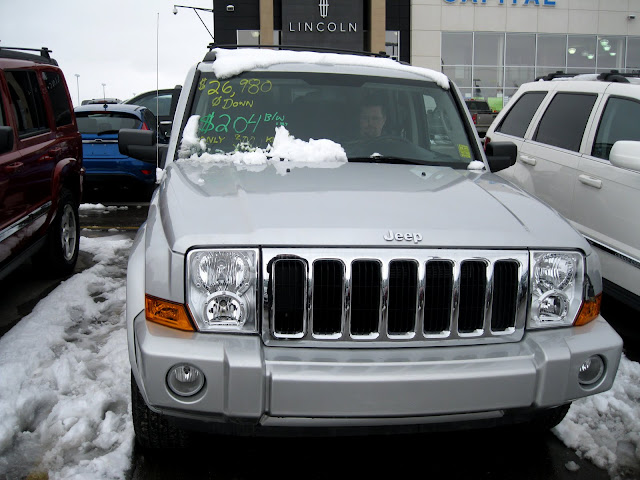 This is the Jeep Commander (a Chrysler product) we almost bought from Ford
It would have been fun... In the end, we decided that although it would have
been better for towing, and camping... and had a roof rack..
that it wasn't as practical for day to day use...
seats were harder to access with babies, and less room for groceries ect.
We also decided it would probably be more in gas...
and gas prices being what they are..
It did have seven seats..
although the back ones seemed kind of cramped.
It was a nice ride ... I had fun driving it. :) 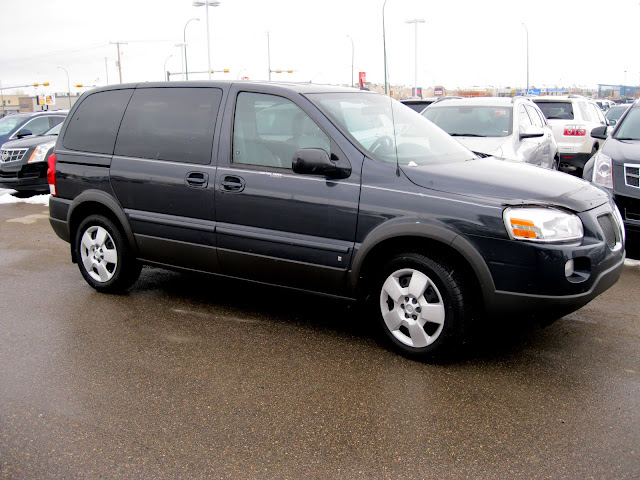 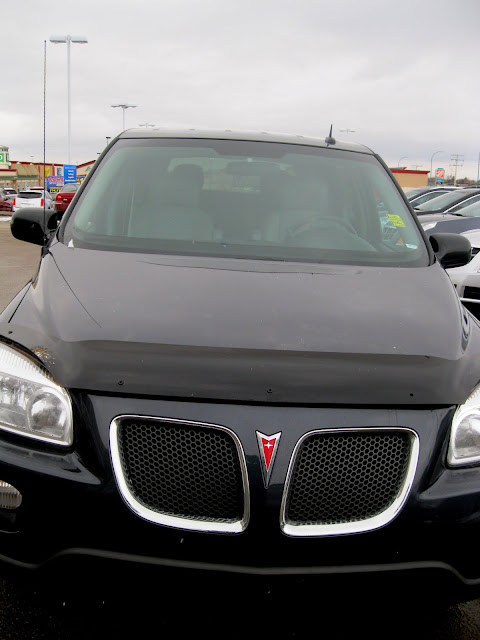 In the end... we bought this 2009 Montana from GM...
They gave us excellent service in the years we had the car, so we decided to go with
the more practical vehicle... (sigh)
However, it is a pretty nice van,
and it only has 36000 km on it...
We purchased some extra warranty, so we are covered for the next five years
and also had a towing kit installed... for towing a tent trailer...(Yaaa us!)
We also looked at a Chrysler Grand Am with lots of toys..
(seemed a little overpriced...)
and we went to Toyota, and looked at a used Sienna..
It was a great ride, but it was older then we wanted.
The sales guy was great though..and gave us a bunch of info
for what to look for, and questions to ask.
He actually told us that he felt the Montana was a great deal..
I really appreciated his honesty!
At the moment we are still driving the car...
but the van is sitting in our driveway...
I can't wait... no more being kicked in the back while I drive!  :)
Posted by Robyn Jones at 7:17 AM

grand am was a pontiac creation. it shares the same drive train as the montana...so good choice there. too bad they aren't in production anymore.

nothin better than a pedo van

Robyn,
It has been months since I have checked in--wondering how all of you are? I haven't posted for months as have been so busy with babysitting my 1yr. old grandson and my computer was so old it took forever--so took a break. Will try to post once in awhile again...hope all is well there.